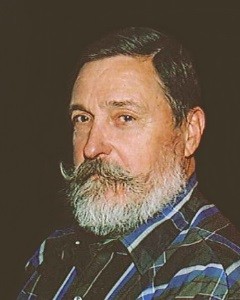 Roy Aeschliman, age 78, of Hector, passed away Friday, August 14, 2015, at the Renville County Hospital in Olivia.

Memorial Service will be Wednesday, August 19, 2015, at 11:00 A.M. at Zion Evangelical Lutheran Church in Olivia, with interment in the Olivia City Cemetery.

Military Honors will be provided by the Erickson-Strom American Legion Post 186 of Olivia.

Gathering of Family and Friends will be held Wednesday for two hours prior to the service, from 9:00 – 11:00 A.M., at Zion Evangelical Lutheran Church in Olivia.

Roy Arthur Aeschliman was born on September 13, 1936, to Arthur John and Louise Amelia (Taylor) Aeschliman at Chippewa Falls, Wisconsin.  He was baptized as an infant, and confirmed in his faith in 1963. The family grew and lived in various areas around west central Wisconsin.  In the fall of 1951, the family moved to Valentine, Nebraska.  Roy attended his freshman year in school, and set pins in the bowling alley three nights a week.

In spring, after school Roy went to work on a ranch south of Valentine making hay.  He worked there until fall of 1952, when he enlisted in the Army.  After basic training at Fort Leonard Wood, Missouri, he shipped to Korea in February, 1953.  Roy spent fifteen months in Korea below the front lines.  After Korea, Roy was stationed at Camp Prince, West Virginia, until discharge from the Army as an E5.  Roy then joined the Navy, assigned to the Seabees.  He spent time on Kwajalein Island, Midway Island, Philippines, Kodiak, Alaska, and Guam.

On June 18, 1960, Roy married Jeanne Myrel Gaulke, the love of his life, at the Immanuel Lutheran Church in Brownton, Minnesota.  Throughout their marriage they lived in various places in Minnesota, including Brownton, Winthrop, Mayer, and St. Paul.  In 1980, they made their home in Buffalo Lake.  They were blessed with 55 years of marriage.

After his honorable discharge from the service, Roy worked at welding in different jobs.  In 1966, Roy was accepted in the 512 Ironworkers Apprenticeship program.  After three years of night school and on-the-job training, he was awarded a journeyman ironworkers card.  After working on many different jobs, which included buildings, towers, bridges, and dams, he fell through an open grate on October 14, 1992, breaking a leg and banging up a knee.  That ended his ironworkers career.

Roy was a faithful member of Zion Evangelical Lutheran Church in Olivia.  He lived his life by his faith, with his favorite saying, “I have Christ.  Who can ask for anything more?”

Roy loved to be busy, and enjoyed a variety of interests.  Among his favorite pastimes were auctions, working in the yard, and fishing.  He liked to do cement work, and fabricating of steel and wood.  With his creative ingenuity, Roy invented tools he needed for his work, and ornate objects made of iron.

Recently Roy and Jeanne moved to Prairie View of Hector.  After a short stay in the RC Hospital in Olivia, Roy passed away there late Friday afternoon, August 14, 2015.  Blessed be his memory.

Roy is survived by his: