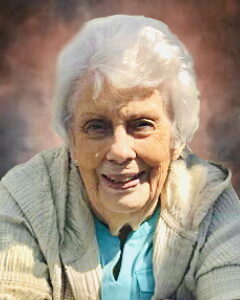 Due to the current health crisis, A Private Family Service will be held on Tuesday, March 24, 2020, at Faith Lutheran Church in Hutchinson with interment in Oakland Cemetery in Hutchinson.

A Celebration of Life for Shirley will be held at a later date.

Shirley Eileen Kisling was born on March 16, 1930, in Spooner, Wisconsin. She was the daughter of Carl and Lettie (Stuart) Peterson. Shirley was baptized as an infant on May 24, 1931, and was later confirmed in her faith as a youth on April 2, 1944, both at Faith Lutheran Church in Hutchinson, Minnesota. She received her education in Hutchinson, and was a graduate of the Hutchinson High School Class of 1948.

On September 12, 1970, Shirley was united in marriage to Charles Kisling at Faith Lutheran Church in Hutchinson. Shirley and Charles resided in Hutchinson and shared 44 years of marriage until Charles passed away on December 8, 2014.

Shirley was employed as a full-time bookkeeper at Dobratz, H. A. Sons Furniture in Hutchinson. She went to part-time in 1976 and later retired.

She was a lifelong member of Faith Lutheran Church in Hutchinson and was intrigued in conversations about Faith.

Shirley enjoyed traveling, gardening, and decorating. She enjoyed beautiful things and during her last few years loved coloring. Her children, grandchildren, and great grandchildren were her greatest joy and she cherished the time spent with them.

Shirley became a resident at Country Manor Campus in Sartell, Minnesota, in May of 2017, to move closer to family. She passed away there on Thursday, March 19, 2020, at the age of 90 years. Blessed be her memory.

Shirley is preceded in death by her Parents, Carl and Lettie Peterson; Husband, Charles Kisling; and Brother, Darrel Peterson.