You are here: Home / Obituaries / Steven B. Riebe 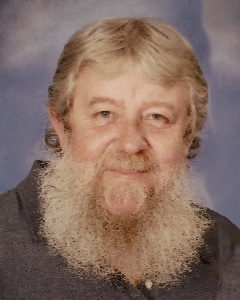 Steven B. Riebe, age 65, of Darwin, passed away Tuesday, August 20, 2019, at Hutchinson Health in Hutchinson, Minnesota.

Steven Bruce Riebe was born on December 11, 1953, in Hutchinson, Minnesota. He was the son of Wilfred and Lillie (Steck) Riebe. He was baptized as an infant on September 23, 1954, at St. Paul’s Lutheran Parsonage in Litchfield, Minnesota. He received his education in Litchfield and was a graduate with the Litchfield High School class of 1972.

Steven was an owner-operator of Steve’s Tree Moving.

Steven was a member of All Saints Lutheran Church in Darwin, Minnesota.

Steven loved fishing, playing cards with friends and family, and enjoyed listening to music. He loved to tell a good joke and make someone laugh. He spread his love through cooking a good meal; his absolute favorite thing was spending time with family, especially his grandchildren. What made him most happy was when his whole family was together.

Steven passed away on Tuesday, August 20, 2019, at Hutchinson Health in Hutchinson, at the age of 65 years. Blessed be his memory.

Many nieces, nephews, and cousins.