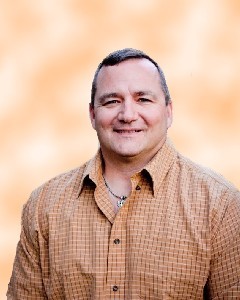 Thomas Webster, age 51, of Gaylord passed away Friday, July 10, 2015, at North Memorial Medical Center in Robbinsdale as a result of an accident.

Visitation will be Wednesday, July 15th, from 2:00 P.M.-8:00 P.M. at the Egesdal Funeral Home in Gaylord. Visitation will continue one hour prior to the service at the church. Donations can be made to Tom Webster Memorial at First National Bank in Gaylord.

Thomas “Tom” Allen Webster was born on October 26, 1963, in Gaylord, Minnesota. He was the son of Walter Q. and Wanda A. (Youngblom) Webster. Tom was baptized as an infant and was later confirmed in his faith as a youth, both at Scandian Grove Lutheran Church. He received his education in Gaylord and was a 1982, graduate of the Gaylord High School. He furthered his education for law enforcement in Rochester.

On May 25, 1989, Tom was united in marriage to Mary Wiskow in Rochester. After their marriage, the couple resided in Rochester, St. Peter and in 1995 they moved to Gaylord. Tom worked in law enforcement and was employed with the Gaylord Police Department from 1996 through 2013. Most recently he owned and operated Webster Construction. Tom and Mary were blessed with two children, Whitley and Dalton. They shared 8 years of marriage, before Mary passed away on March 29, 1998.

Tom met Casey Just in Gaylord and were to be married in the Bahamas in January of 2016.

Tom was a member of Scandian Grove Lutheran Church in Lake Prairie Township, Nicollet County, Minnesota. He was also a member of the Gaylord Ambulance Service and served as president.

Tom enjoyed his family, riding motorcycle, and working out. He always had a smile on his face and said “everything will be just fine.” He was a very caring and loving person who will be greatly missed.

Tom passed away Friday, July 10, 2015, at North Memorial Medical Center in Robbinsdale as a result of an accident at the age of 51 years. Blessed be his memory.

Tom is survived by his:

Children,          Brooke Strommer and her husband, Matt of Alexandria, MN,

Whitley Webster Rose and her husband, Ryan of Gaylord, MN, and

Tom was preceded in death by his Wife, Mary Webster; Parents, Walter and Wanda Webster.