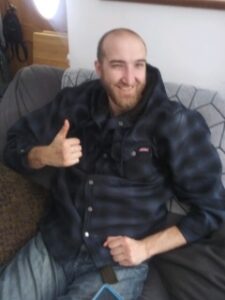 Funeral Service will be held on Thursday, January 16, 2020, at 11:00 A.M. at Faith Lutheran Church in Hutchinson with interment in the Oakland Cemetery.

Visitation will be held on Wednesday, January 15, 2020, from, 5:00-8:00 P.M. at the Dobratz-Hantge Funeral Chapel in Hutchinson and will continue one hour prior to the service at the church.

Todd ‘TJ’ John Uecker Jr. was born on October 18, 1991, in Hutchinson, Minnesota. He was the son of Todd John Sr. and Helen Marie (Kohlbacher) Uecker. TJ was baptized as an infant on November 10, 1991, and was later confirmed in his faith as a youth both at Faith Lutheran Church in Hutchinson. He received his education in Stewart and Hutchinson.

TJ grew up in Stewart and Hutchinson and recently lived in Cokato, Minnesota. He was employed at Spectralytics in Dassel where he worked in production.

He enjoyed gaming online with friends, construction, remodeling, and had a special interest in cars. TJ especially enjoyed spending time with his family, nephews and friends.

TJ passed away unexpectedly on Friday, January 10, 2020, at the Hutchinson Health Hospital, at the age of 28 years. Blessed be his memory.