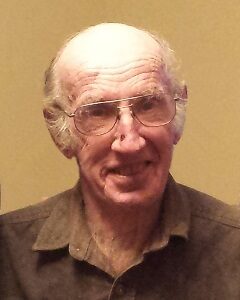 Vernon Smith, age 83, of Norwood Young America, Minnesota, passed away on Thursday, July 30, 2020, at Estates of Delano in Delano, Minnesota.

Gathering of Family & Friends will be held Wednesday, September 2, 2020, from 10:00-11:00 A.M. at the Paul-McBride Funeral Chapel in Norwood Young America, Minnesota.

In lieu of flowers, memorial are preferred.

Social distancing will be followed and masks will be required.

Vernon Dale Smith was born on January 14, 1937, in Bertha, Todd County, Minnesota.  He was the son of Charles and Hilda (Waldahl) Smith.  Vernon was baptized and later was confirmed in his faith.  He received his education at a country school thru the 8th grade.

On Jun 23, 1962, Vernon was united in marriage to Irene Mary Landwehr at St. Fredericks Catholic Church in Verndale, Minnesota.  Vernon and Irene made their home in central Minnesota and then moved in 1973 to Norwood Young America, Minnesota.  Their marriage was blessed with two children, Dale and Anna Marie.  Vernon and Irene shared over 36 years of marriage, until Irene passed away on September 26, 1998.

Vernon worked at Bongards Creameries in Bongards and then Laser Engineering in Chaska, Minnesota, in the production department until 1999 when he retired.  He also was a farm hand.  Vernon was a member of Church of the Ascension in Norwood Young America, Minnesota.

Vernon enjoyed polka shows, polka music and attending Stiftungsfest.  His daily passion was helping Dale on the farm.  Vernon treasured the time spent with his family and friends.

Vernon passed away peacefully on Thursday, July 30, 2020, at the Estates of Delano in Delano, Minnesota, at the age of 83 years, 6 months and 16 days.