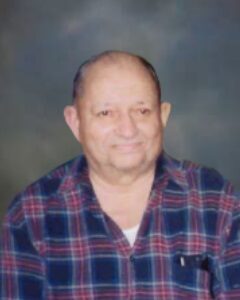 Virgil L. Neubarth, age 87, of Brownton, Minnesota, passed away on Monday, November 4, 2019, at the Good Samaritan Society in Winthrop, Minnesota.

Funeral Service will be held on Friday, November 8, 2019, at 11:00 A.M. at St. Paul’s Lutheran Church in Stewart with interment in the High Island Cemetery in New Auburn, Minnesota.

Virgil LeRoy Neubarth was born on November 9, 1931, in New Auburn, Minnesota. He was the son of Edwin and Selma (Pautz) Neubarth. Virgil was baptized as an infant on November 29, 1931, and later confirmed in his faith as a youth on April 14, 1946, both at the Immanuel Lutheran Church in New Auburn. He received his education in Glencoe, Minnesota, and was a graduate of the Glencoe High School Class of 1950.

Virgil entered active military service in the United States Army on November 5, 1952, in Minneapolis, Minnesota, and served his country during the Korean War. He received an Honorable Discharge on September 21, 1954, at Fort Sheridan, Illinois, and achieved the rank of Private First Class.

On May 27, 1961, Virgil was united in marriage to Jeanette Schroeder at the St. Peter and Paul Catholic Church in Glencoe. Virgil and Jeanette resided on their family farm in Stewart, Minnesota, and later moved to Brownton, Minnesota, in 2002. They shared 58 years of marriage together.

Along with farming, Virgil was employed at Stockyards Exchange in South St. Paul, Minnesota. He was then employed at G/C Manufacturing in Glencoe until he began employment at the McLeod West School District as a janitor for 10 years and retired in 1995.  Virgil was a member of St. Paul’s Lutheran Church in Stewart, Minnesota. He was also a member of the Brownton American Legion - Edward Ewald Post 143.

Virgil enjoyed camping, playing cards, and socializing with everybody! He especially enjoyed spending time with his family and friends.

When Virgil needed assistance with his daily care, he became a resident at the Good Samaritan Society in Winthrop on July 8, 2013. He passed away there on Monday, November 4, 2019, at the age of 87 years. Blessed be his memory.