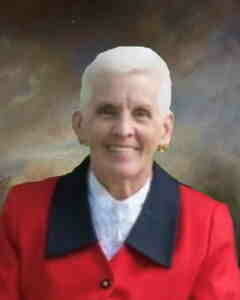 Virginia Jordan, age 70, of Burnsville passed away following a courageous fight with COVID-19 on Wednesday, October 14, 2020,  at Bethesda Hospital in St. Paul.

Virginia Mae Jordan was born on March 8, 1950, in Waseca, Minnesota. She was the daughter of Rueben and Gertrude (Bogatzki) Hahn. Virginia was baptized and as infant on March 26, 1950, at St. Peter’s Lutheran Church in LeSueur, Minnesota, and was later confirmed in her faith as a youth on March 22, 1964, at Immanuel Lutheran Church in Gaylord. She was a graduate of the Gaylord High School.

On January 8, 1972, Virginia was united in marriage to Frederick Jordan at St. Catherine’s Church in Ontario, Canada. After their marriage, the couple resided in Burnsville, Minnesota. This union was blessed with three children. Virginia was employed at Mystic Lake Casino. Virginia and Frederick shared 48 years of marriage.

Virginia enjoyed crafts, traveling, and baking. She cherished the time she spent with her loved ones.

Virginia passed away following a courageous fight with COVID-19 on Wednesday, October 14, 2020, at Bethesda Hospital in St. Paul at the age of 70 years. Blessed be her memory.

Virginia was preceded in death by her Parents, Rueben and Gertrude Hahn; Granddaughter, Cyara Baca.