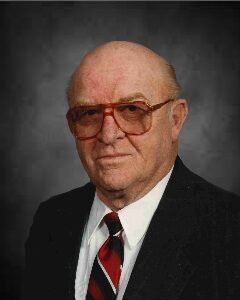 Memorial Service will be held Wednesday, February 12, 2020, 11:00 A.M. at St. John’s Lutheran Church in Plato, Minnesota, with interment following at the church cemetery.

Gathering of Family & Friends will be held Tuesday, February 11, 2020, from 4:00-7:00 P.M. at the Johnson-McBride Funeral Chapel in Glencoe, Minnesota, and will continue one hour prior the service at the church on Wednesday.

Wendell worked at Goebel Fixture Company in Hutchinson and Lepel Construction in Plato as a carpenter. He was an active member at St. John’s Lutheran Church in Plato. Wendell was also a retired member of the Plato Fire Department.

Wendell enjoyed playing ball, fishing and hunting, especially turkey hunting in Eitzen, Minnesota. He loved driving through the countryside and family vacations at Lake Hattie. Family was very important to him and he treasured the time spent with them and his friends. Wendell took great pride in connecting people to make sure if he didn’t know you, he would know someone that did know you.

Wendell passed away on Sunday, February 9, 2020, at GlenFields Living with Care in Glencoe, Minnesota, at the age of 81 years, 7 months and 7 days.