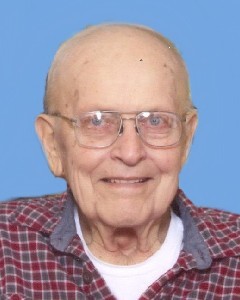 Visitation will be Thursday, March 12th, from 4:00 P.M.-7:00 P.M. at the Egesdal Funeral Home in Gaylord. Visitation will continue one hour prior to the service at the church on Friday.

Werner John Schmidt was born on June 16, 1931, in Penn Township, McLeod County, Minnesota. He was the son of Reinhart and Marie (Bielke) Schmidt. Werner was baptized as an infant on July 5, 1931, and was later confirmed in his faith as a youth on March 25, 1945, both at Immanuel Lutheran Church in New Auburn. He received his education in New Auburn.

Werner entered active military service on February 6, 1952, and served his country during the Korean War. He received the Korean Service Ribbon with three Bronze Campaign Stars, the United Nations Service Medal and the National Defense Service Medal. Werner was Honorably Discharged on January 20, 1954.

On August 5, 1956, Werner was united in marriage to Arleen Wilking at St. Paul’s Lutheran Church in North Mankato, Minnesota. After their marriage the couple resided in New Auburn. In March of 1968, they moved to their farm in New Auburn Township, Sibley County, where he resided until his death. Werner was employed at Farm Hand Manufacturing in Green Isle for 21 years until it closed. He continued to farm until his death.

Werner passed away on Saturday, March 7, 2015, at the Ridgeview Medical Center in Waconia at the age of 83 years, eight months, 21 days. Blessed be his memory.