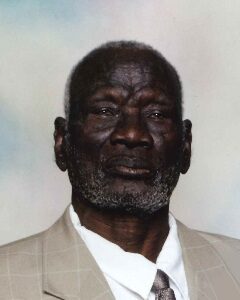 Wicheng Wuol, age 90, of Silver Lake, Minnesota, passed away on Sunday, February 2, 2020, at his home in Silver Lake.

Visitation will be held Saturday, February 15, 2020, from 1:00 – 2:00 P.M. at the Seventh-day Adventist Church in Hutchinson with interment following in the Peace Lutheran Church Cemetery in Hutchinson.

Funeral Service will be held following the burial at the Seventh-day Adventist Church.

Wicheng was united in marriage to Mary Nyuon in South Sudan. This marriage was blessed with six children, Bom, John, Nyanhial, Kim, Nyamuoch, and Nyaboth. Wicheng and Mary resided in Silver Lake, Minnesota with their son John. They shared 55 years of marriage together.

Wicheng was a business man and a farmer.

Wicheng enjoyed spending time with his family, grandchildren, and friends.

Wicheng passed away on Sunday, February 2, 2020, at his home in Silver Lake, at the age of 90 years. Blessed be his memory.