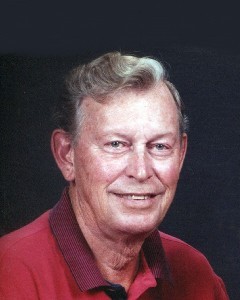 Memorial Service will be Friday, April 17th, 11:00 A.M. at American Lutheran Church in Gaylord with interment in Immanuel Lutheran Cemetery in Gaylord.

Military Honors by the Manthey-Asmus American Legion Post #433 of Gaylord.

William “Bucky” Greve was born on May 21, 1928, in Gaylord, Minnesota, to Franz and Martha (Doering) Greve. Bucky was baptized as an infant and was later confirmed in 1942, both at Immanuel Lutheran Church in Gaylord. He graduated from Gaylord High School in 1946.

Bucky served in the U.S. Army in the post-war occupation of Japan, where he was an MP and played on the base’s basketball team. Following military duty, he went to the Minneapolis Business College on the G.I. Bill, where he received a Senior Accounting degree. He met his wife, Gloria (Ramich) Greve – visiting Gaylord from her home in California – on a blind date. They were married in 1951, for 54 years, until her death in 2005.

Bucky was on the staff of the Gaylord Hub newspaper for more than forty years as a sports writer and printer, retiring in 1993. He was known throughout southwestern Minnesota for his weekly BuckShots column, where he covered local sports and mused about the Gophers and Minnesota’s professional teams. He was a fixture at high school sporting events, as both the press and a true sports fan.

An avid golfer for nearly his entire life, Bucky was a long-time supporter of the Winthrop Golf Club, where he was a former member of the board of directors. He’d had three holes-in-one, and enjoyed being on a golf course with his family and friends more than just about anything. Following retirement, he and Gloria spent their winters in Arizona for 17 years.