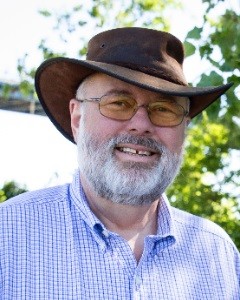 Funeral Services will be held Saturday, October 21, 2017, 11:00 A.M. at the Riverside Church in Hutchinson. Interment will be in the Oakland Cemetery in Hutchinson.

A visitation will be held Friday from 5:00 to 8:00 P.M. and will continue one hour prior to the service all at the Church.

Stephen “Steve” Alan Borstad was born on September 13, 1952, in Madison, Minnesota. He was the son of Kenneth and Dorothy (Reinke) Borstad. Steve was baptized as an infant and was later confirmed in his faith as a youth at Minnesota Valley Lutheran Church.  He was a graduate of the Madison High School Class of 1970. He furthered his education at Macalester College in Saint Paul, Minnesota where he also played football and graduated in 1974 with a Bachelor of Arts degree in public address and economics.

On November 23, 1974, Steve was united in marriage to Jean Gohman at Holy Cross Catholic Church in Marty, Minnesota. This marriage was blessed with three children, Eric, Travis, and Stephanie. Steve and Jean resided in Bloomington, Hopkins, St. Cloud, and then in 1977 moved to Hutchinson. They shared 42 years of marriage together.

Steve worked at Agri-Trading in Hutchinson for almost 40 years as a Commodities Merchandiser. He also sat on the board of directors for the American Fats and Oil Association.

Steve enjoyed hunting and fishing. While Steve was passionate about his career he was even more passionate about his family, and his ultimate commitment was to Jesus Christ and The Word of God. Steve was a constant source of support to his family and friends. Steve instilled courage and determination to those around him through his actions and words. Steve lead by example and treated everyone that he met with dignity, respect, and friendship.

At the age of 65, Steve passed away peacefully with his family at his side early Saturday morning, October 14, 2017, at the Mayo Clinic Hospital of Minnesota after a brief battle with cancer. Steve will be missed but his legacy will live on through his family and friends.

Steve is preceded in death by his Father, Kenneth Borstad; Niece, Mandy Borstad; and an infant Brother.