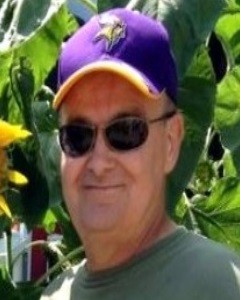 Memorial Services will be held Tuesday, November 3, 2015, 11:00 A.M. at Johnson-McBride Funeral Chapel in Glencoe, Minnesota, with a private family interment at a later date at Ft. Snelling National Cemetery in Minneapolis, Minnesota.

Arlen Richard Randgaard was born on December 4, 1951, in Watertown, South Dakota.  He was the son of Lowell and Betty (Thompson) Randgaard.  Arlen was baptized as an infant and was later confirmed in his faith as a youth on October 29, 1967, at Christ Lutheran Church in Glencoe, Minnesota.  He received his education in Glencoe, Minnesota, and was a graduate of the Glencoe High School Class of 1970.  Arlen entered active military service in the United States Air Force on August 27, 1976.  He received an Honorable Discharge on August 8, 1982.

Arlen made his home in Glencoe, Minnesota, Texas and spent the last 5 years in Hastings, Minnesota.  His life was blessed with two children, Rick and Matt.

Arlen was a veteran, drove truck and also drove for a car dealership. He cherished the time spent with his children and grandchildren and always made sure he was available for all of them.

Arlen is preceded in death by his Parents, Lowell and Betty Randgaard.