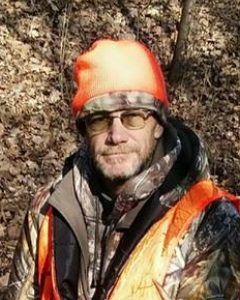 Brent Minkel was born on June 4, 1962, in Olivia, MN. He was the son of Arlyn Arthur and Janet Ione (Brown) Minkel. Brent was baptized at Church of Christ in Redwood Falls, MN. He graduated with the Olivia High School Class of 1980. While in high school Brent was an avid wrestler. He won many matches and competed at the state level a few times.

On Sept. 10 1983, Brent was united in marriage to Maureen Bohm and was blessed with a beautiful daughter, Mollie. Then on July 26, 1997, he was united in marriage to his present wife, Michelle Olson at St. Huberts Catholic Church in Chanhassen, MN. Brent and Michelle made their home in Cologne, MN. Their marriage was blessed with 2 sons, Kyle and Alec. They shared over 21 years of marriage.

Brent worked as a mason throughout his life. His passions were hunting, fishing, golfing and anything outdoors. He enjoyed most teaching his children the fundamentals of fishing, hunting and “How to land the BIG one”.

He treasured the time spent with family and friends.

Brent passed away on Tuesday, March 19, 2019, at his home surrounded by loved ones after a short battle with pancreatic cancer at the age of 56.

Brent is preceded in death by his father, Arlyn Minkel; grandparents, Arthur and Helen Minkel, Earl and Viola Brown; aunt and uncle, Bea and Dick Brown.