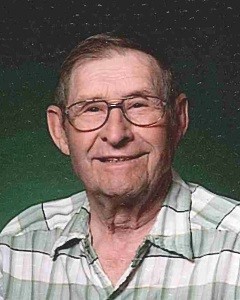 On June 4, 1952, Duane was united in marriage to Martha “Marty” Murphy by Rev. Hansen at Faith Lutheran Church in Hutchinson. Duane and Marty made their home in Glencoe and then moved to Green Isle where they remained for many years. In 2000, they moved up north to McGregor, Minnesota.  Their marriage was blessed with four children, Terri, David, Brenda and Leslie.  Duane and Marty shared over 63 years of marriage.

Duane could make anything out of wood, so it makes sense that much of his career he made cabinets for others.  He was also a welder for Glencoe Manufacturing and later worked at Nordic Ware. He was a member of American Lutheran Church and most recently attended Emanuel Lutheran Church in Hamburg, Minnesota.  Duane enjoyed playing cards, fishing, hunting, and woodworking.  He had a great passion for bowling, even teaching high school students the game.  Duane loved and cared for his family deeply, his last act of love was moving back to Glencoe to be closer to family.