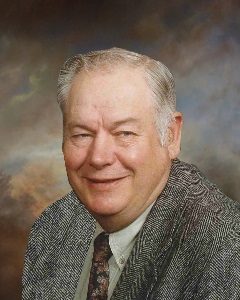 Funeral service will be held Friday, August 16, 2019, 11:00 A.M. at St. Paul’s United Church of Christ in Plato, Minnesota, with interment following at the church cemetery.

Visitation will be held Thursday, August 15, 2019, from 5:00-7:00 P.M. at the Johnson-McBride Funeral Chapel in Glencoe, Minnesota, and will continue one hour prior the service at the church on Friday.

Edwin “Ed” Dietrich Dummer was born June 15, 1937, at his parent’s home in Helen Township, Glencoe, Minnesota. He was the son of Edwin and Lillian (Kloempken) Dummer. Edwin was baptized as an infant on July 4, 1937, by Rev. J.H. Bunge and later was confirmed in his faith as a youth in 1951, by Rev. Walter Koch both at St. Paul’s United Church of Christ in Plato, Minnesota. Edwin received his education in Glencoe, Minnesota, graduating with the Glencoe High School Class of 1955. He entered active military service in the United States Marine Corp on February 6, 1955, and served his country at the MB USNS, TI, San Francisco, California. Edwin received an Honorable Discharge on February 22, 1958.

On June 18, 1960, Edwin was united in marriage to Sharon Miller at St. Paul’s United Church of Christ in Plato, Minnesota. The couple made their home on the family farm in Plato. Edwin and Sharon were blessed with three children, Dori, Daniel and David. They shared over 59 years of marriage.

Edwin was a farmer and retired in 1995. He was a life time active member of St. Paul’s United Church of Christ in Plato and where he served on the Church Council. Edwin was also a member of the Plato American Legion Post #641 and Plato Lions Club.

Edwin enjoyed golfing, ice fishing and hunting. He cherished the time spent with his friends and family, especially his children and grandchildren.

Edwin was preceded in death by his Parents, Edwin and Lillian Dummer; Father-In-Law and Mother-In-Law, Lyle and Gwen Miller.