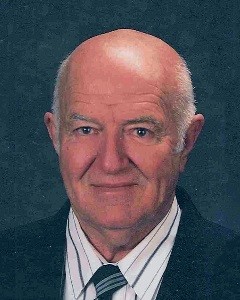 In lieu of flowers, memorial are preferred.

On September 26, 1954, Jerry was united in marriage to Myra Graupmann in Hamburg, Minnesota. Jerry and Myra made their home in the Glencoe area.  Their marriage was blessed with four children, Lisa, David, Doug and Nancy.  Jerry and Myra have shared over 61 years of marriage.

Jerry farmed in rural Biscay, but always had an idea to start a hunting club.  In 1991, he made his vision a reality and opened Major Avenue Hunt Club where hunters could come to practice shooting, meet for a meal and of course, hunt!

Jerry enjoyed fishing and playing cards.  He was a jokester and loved to visit with anyone he’d meet.