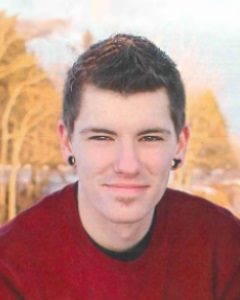 Isaak W. Erickson, age 21, of Hutchinson, Minnesota, passed away Tuesday, December 4, 2018, as a result of an automobile accident in Hutchinson.

Isaak Wayne Erickson was born on January 2, 1997, in Hutchinson, Minnesota. He was the son of Scott Erickson and Renee Farenbaugh. Isaak was baptized as an infant and confirmed in his faith as a youth, both at Saint Anastasia Catholic Church in Hutchinson, Minnesota. He received his education at Hutchinson High School and was a graduate of Hutchinson High School Class of 2015. He furthered his education in Diesel Mechanics at Alexandra Technical Community College in Alexandria, Minnesota.

Isaak was employed as a Production Specialist at Form-A-Feed; as well as a former Diesel Mechanic for Midwest Machinery Company in Stewart, Minnesota. He also enjoyed working with his dad at Erickson Cleaning Service in Hutchinson. He was a lifelong member of Saint Anastasia Catholic Church in Hutchinson.

Isaak enjoyed fishing, ice fishing, spearing, jet skiing and hunting. He loved working on cars and trucks, along with riding horses. He especially enjoyed spending time with his family and friends.

Isaak passed away Tuesday, December 4, 2018, as a result of an automobile accident in Hutchinson, at the age of 21 years.