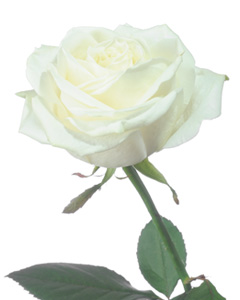 A Private Family Service will be held.

Jody Ann Lhotka was born on April 22, 1967, in Waconia, Minnesota. She was the daughter of Robert and Janice (Karels) Ketcher. Jody was baptized as an infant and was later confirmed in her faith as a youth. She received her education in Norwood Young America, Minnesota, and was a graduate of the Central Public School District High School Class of 1985. Jody furthered her education at Hennepin County Technical College in Eden Prairie, Minnesota, and received her Licensed Practical Nursing Degree (LPN).

On December 3, 1988, Jody was united in marriage to Pat Lhotka at St. John’s Lutheran Church in Norwood Young America. This marriage was blessed with two children, Rachel and Matthew. Jody and Pat resided in Plato, Minnesota. They shared 29 years of marriage.

Jody was employed as a teacher at Southwest Intermediate School District for several years. She also taught childcare to teenage mothers. Jody was an active member of St. John’s Lutheran Church in Plato where she taught Sunday School. She was also a member of the 4-H organization.

Jody enjoyed gardening and quilting. She especially enjoyed spending time with her family and friends.

When Jody needed assistance with her daily care, she became a resident at Glencoe Regional Health Services Long Term Care in Glencoe, Minnesota. She passed away there on Wednesday, May 2, 2018, at the age of 51 years.

Jody is survived by her:
Husband, Pat Lhotka of Plato, MN;
Children, Rachel Lhotka and her special friend, Garrett Albright, of Burlington, IA,
Matthew Lhotka and his special friend, Alissa Ramthun, of Plato, MN;
Parents, Robert and Janice Ketcher of Norwood Young America, MN;
Siblings, Susan Smith and her husband, Kerry, of Gilbert, AZ,
Peggy Whitcomb and her husband, Jay, of Minnetonka, MN,
Jennifer Erickson and her husband, Kevin, of Prior Lake, MN,
Jim Ketcher and his wife, Teresa Neubarth, of Norwood Young America, MN;
Mother and Father-In-Law, Jerome and Patercia Lhotka of Norwood Young America, MN;
Brothers-In-Law, Jerry Lhotka and his wife, Teresa, of Watertown, MN,
Marcus Lhotka of Glencoe, MN,
Steven Lhotka and his wife, Pamela, of Litchfield, MN;
Many other relatives and friends.

Jody is preceded in death by her: Brother, John Ketcher.