You are here: Home / Obituaries / Leona A. Stulen 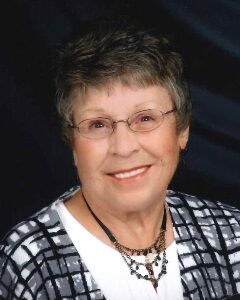 Leona A. Stulen, age 77, of Carver, formerly Hutchinson, Minnesota, passed away on Tuesday, January 19, 2021, at her home in Carver.

Please see www.ctkhutch.com for the livestreaming of Leona's Service.

Leona Agnes Stulen was born on June 16, 1943, in Pipestone, Minnesota. She was the daughter of Melvern “Buster” and Elsie (Steinback) Knutson. Leona was baptized as an infant on October 10, 1943, in Fergus Falls, Minnesota, and was later confirmed in her faith at Our Savior’s Lutheran Church in Pipestone. She received her education in Brookings, South Dakota, and was a graduate of the Brookings High School. Leona furthered her education by attending Stewards School of Hairstyling in Sioux Falls, South Dakota. She then attended Center of Diagnostic Imaging ‘CDI’ School in Minneapolis, Minnesota, and completed the course in 1987.

On June 20, 1964, Leona was united in marriage to Leo Wollmuth in Pipestone, Minnesota. This marriage was blessed with three children, Gregory, Sheila and Denise. The family resided in Pipestone where Leona owned and operated a beauty salon. Leona and Leo shared 14 years of marriage.

On October 18, 1980, Leona was united in marriage to Leo Stulen at Trinity Lutheran Church in Jasper, Minnesota. Together, this marriage was blended with eight children, Gregory, Sheila, Denise, Sharon, Susan, Debra, DiAnna and Jacqueline. After several moves Leo and Leona settled in Hutchinson, Minnesota, where they made their home. They shared 31 years of marriage until Leo passed away on August 2, 2012.

Leona later lived with her special friend for the last five years, Dale Carlson. The two of them brought great joy into each other’s lives after each suffered great losses. This unity brought both light and joy into their lives, together they updated his home and cabin up north, went fishing and traveled to different music venues.

Leona worked various jobs in the area. Her latest was retail at Target in Hutchinson until she retired in 2010. Leona was a member of Christ The King Lutheran Church in Hutchinson.

Leona enjoyed camping, fishing, flowers, and bird watching. Most of all, she enjoyed her grandchildren and great grandchildren. She loved to play cards with the group she was with for over thirty years called the 500 Club. She also loved to roll dice, play Dominoes, Golf, Cribbage, Uno, and Fast Track with the grandchildren, family and friends.

Leona has been living with a heart condition for many years. She passed away on Tuesday, January 19, 2021, at her home in Carver, at the age of 77 years.

Blessed be her memory. May she rest in Peace.