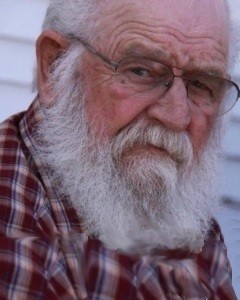 A Private Service was held at the Marie Stiener Kelting Hospice Home in Chaska.

Maurice Edvado Solmonson was born on July 31, 1931, in Sibley Township, Sibley County, Minnesota. He was the son of Clarence and Cora (Woller) Solmonson. Maurice was baptized as an infant on September 13, 1931, at Norwegian Grove Lutheran Church in Sibley Township, and was later confirmed in his faith as a youth on March 30, 1947, at Immanuel Lutheran Church in Gaylord. He received his education at Immanuel Lutheran Parochial School in Gaylord.

On May 19, 1952, Maurice was united in marriage to Shirley Gerholz at Immanuel Lutheran Church in Gaylord. After their marriage, the couple resided in Sibley Township where they farmed. Maurice was employed as a loading crew foreman at Crystal Farms; Botsford Lumber Yard and as a truck driver for P & H Gas Co.

Maurice was a member of Immanuel Lutheran Church in Gaylord.

When he needed assistance with his daily care Maurice became a resident of the Marie Stiener Kelting Hospice Home in Chaska and passed away there on Friday, October 23, 2015, at the age of 84 years. Blessed be his memory.

Maurice is survived by his:

Raina Stumm and her husband, Jack of Gaylord, MN,

Star Lynn Enter and her husband, Noel of Gaylord, MN, and

Kelly Solmonson and his wife, Lori of Glencoe, MN,

Maurice was preceded in death by his Parents, Clarence and Cora Solmonson; and Son-In-Law, Glenn Klitzke.