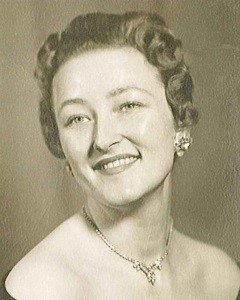 Nona Torbert, age 79, of Hector, passed away Wednesday, March 04, 2015, at the Golden Living Center in Olivia.

A Gathering of Family and Friends will be held for one hour prior to the service at the Church.

Nona Annette Torbert was born February 11, 1936, in Willmar, Minnesota, the daughter of Lars and Gladys (Stene) Olson.  She was baptized and confirmed in her faith at Vinje Lutheran Church in Willmar.  Nona received her education in Willmar, and graduated from the Willmar High School in 1955.  Prior to her marriage, she was on the staff of the West Central Daily Tribune, serving as Society Editor.

On December 30, 1960, Nona was united in marriage to Gary Torbert at the Eagle Lake Lutheran Church north of Willmar.  They lived in Hector, St. Paul, Glencoe, Dover, Delaware, and Salisbury, Maryland, before returning to Hector to help Gary with the Torbert family farm.  Their marriage was blessed with three children, Neal, Douglas, and Kimberly.  Nona mowed the farm lawn until the boys were big enough to do it.  She also had a big garden in the early farm years, and did canning of vegetables.

Nona had a gift for writing, and she had a long list of people to whom she wrote weekly.    She enjoyed watching the birds visit her bird feeders, playing cards, doing word finds and putting jigsaw puzzles together.  She was a collector, especially of antiques, and loved scouting garage sales to find them.    Nona was very proud and supportive of her children and grandchildren and enjoyed creating photo albums documenting their lives.

Nona was also proud of her family history.  She was the great-great-granddaughter of Guri Endreson, who was recognized by the state for her heroic actions in Kandiyohi County in 1862.

Early Wednesday morning, March 4, 2015, Nona passed away at the Golden Living Center in Olivia, having reached the age of 79 years.  Blessed be her memory.

Nona is survived by her: Husband, Gary Torbert of Hector; Children: Neal Torbert of Fargo, North Dakota,  Douglas Torbert and his wife Tammy of Woodbury, and Kimberly Torbert of Bonita Springs, Florida;

Nona was preceded in death by her Parents, Sister-in-law Beatrice Olson, and Brother-in-law Arden Torbert.