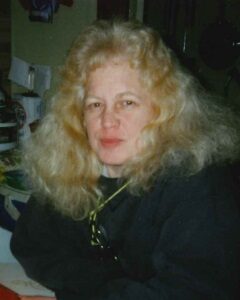 Sherri R. Reiner, age 65, of rural Stewart, Minnesota, wife of Jay, passed away on Monday, September 14, 2020, at her home in rural Stewart.

Memorials are preferred to the American Legion Auxiliary Unit 125 in Stewart.

Sherri Rae Reiner was born on May 31, 1955, in St. Paul, Minnesota. She was the daughter of Wendell and Ida (Morris) King. Sherri was baptized as an infant at the Methodist Church in St. Paul. She received her education in St. Paul, and was a graduate of the North High School Class of 1973.

Sherri enjoyed sewing, crocheting, playing board games, and traveling. She especially enjoyed spending time with her family, grandchildren, and friends.

Sherri is preceded in death by her Parents, Wendell and Ida King; Brother, Scott King; and Half Brother, Tracy King.