You are here: Home / Obituaries / Shirley A. Radtke 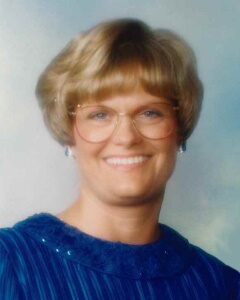 Shirley A. Radtke, age 73, of Hutchinson, Minnesota, passed away on Monday, January 18, 2021, at her home in Hutchinson.

Memorial Service will be held on Friday, January 22, 2021, at 11:00 A.M. at Dobratz-Hantge Funeral Chapel in Hutchinson with interment in the St. Anastasia Catholic Church Cemetery.

Shirley Ann Radtke was born on April 20, 1947, in Carroll, Iowa. She was the daughter of Denis and Marjorie (Staley) Wurzer. Shirley was baptized as an infant at St. Boniface Catholic Church in Willey, Iowa. She was later adopted by Wilmer Knutson during his marriage to Marjorie. She was confirmed in her catholic faith at Immaculate Conception in Cherokee, Iowa. She received her education in Cherokee and graduated with the Immaculate Conception School class of 1965. Shirley furthered her education for one year at the American Institute of Business in Sioux City, Iowa.

On August 4, 1966, she was united in marriage to Robert Ehrig at Immaculate Conception Catholic Church in Cherokee, Iowa. Together they shared two children, Dana and Lisa. On September 16, 1995, Shirley was united in marriage to Douglas Radtke at Grace Lutheran Church in Luverne, Minnesota. Doug brought his sons, Ken and Mike, into the family, and together shared all four children. Shirley and Doug first resided in Luverne, Minnesota with Shirley relocating from Sioux Falls, South Dakota. In 1998 they moved to Sioux Falls, South Dakota. They began transitioning to a permanent move to Hutchinson, Minnesota in 2008 living in apartments first in Brandon, South Dakota, and then Luverne, Minnesota. They made the move to Hutchinson in 2010. They shared 25 years of marriage.

Shirley was employed at Cole Papers in Sioux Falls, South Dakota, as an Operations Manager and also worked for the Sioux Falls school district.

She enjoyed dancing, planning, and organizing singles activities when she lived in Sioux Falls. Shirley took great pride in being a homemaker. Her grandchildren later became her focus and gave her great joy. She happily attended every event her grandkids were in and was their biggest supporter.

Shirley passed away on Monday, January 18, 2021, at Woodstone Senior Living Community in Hutchinson, at the age of 73 years. Blessed be her memory.

Shirley is preceded in death by her Parents, Denis Wurzer and Marjorie Brandt.