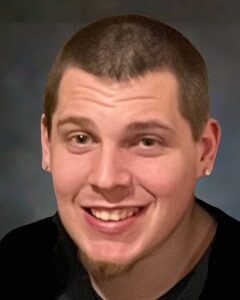 Travis Michael Kachelmeier Marte was born on May 12, 1993, in Waconia, Minnesota. He was the son of Kevin Carey and Vicki Kachelmeier. Travis was baptized as an infant on June 12, 1993, at St Pius X Catholic Church in Glencoe, Minnesota and later received his holy communion on April 29, 2001, at St. Anastasia Catholic Church in Hutchinson, Minnesota. He received his education in Hutchinson.

Travis was blessed with a fiancée, Nicole Johnson, and his two sons, Tyson John and Leo Jaxxon. He resided in Stewart, Minnesota.

He was employed as a welder at Doosan Bobcat in Litchfield, Minnesota. Travis was previously employed at Ag Systems and Millerbernd Manufacturing Company.

Travis is preceded in death by his Grandmother, Phyllis Marte; and Great-Grandparents.