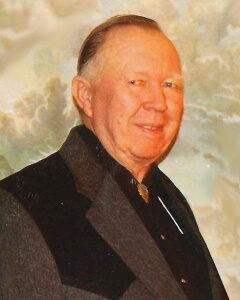 Private Family Graveside Service will be held at Peace Lutheran Cemetery in Hutchinson.

Waldemar Andrew Grussing was born on November 26, 1940, in Clara City, Minnesota. He was the son of Heiko and Elsie (Weichmann) Grussing. Wally was baptized as an infant on December 12, 1940, at Bethany Reformed Church in Clara City and was later confirmed in his faith as a youth at St. John’s Lutheran Church in Cedar Mills Township, Minnesota. He received his education through the eighth grade at St. John’s Lutheran Church and then graduated the Hutchinson High School Class of 1958. Wally farmed on the family farm all his younger days with his older brother, Harvey. He also attended Ridgewater College in Hutchinson and earned his diploma in welding.

Wally entered active military service in the United States Army on May 13, 1968. He received an Honorable Discharge on November 13, 1968, and achieved the rank of PFC E-3.

In 1979, Wally met his sweetheart, Cheryl Dahlen at the Pumpernickel Room in Gibbon, Minnesota. They married in 1980. This marriage was blessed with three children, one son in miscarriage, one daughter in stillborn, and Kimberly. In 2001, Cheryl passed away.

In 2012, Wally found Mavis Steinborn at a country dance in Biscay, Minnesota. It was love at first sight for both of them. They were then married on June 29, 2013, at Peace Lutheran Church in Hutchinson.

Wally was employed at Ag Systems in Hutchinson for many years.

Wally enjoyed country and old-time music dancing to the Detour and Phyllis Hummel Band. He also enjoyed going out for breakfast at Country Kitchen and going to the casino. He spent many visits with friends, such as Eldon and Edward. Wally loved it when he could go fishing with his sons, Dean and Dale. His children and grandchildren were very important to him.

Wally passed away on Saturday, November 21, 2020, at Hutchinson Health, at the age of 79 years. Blessed be his memory.